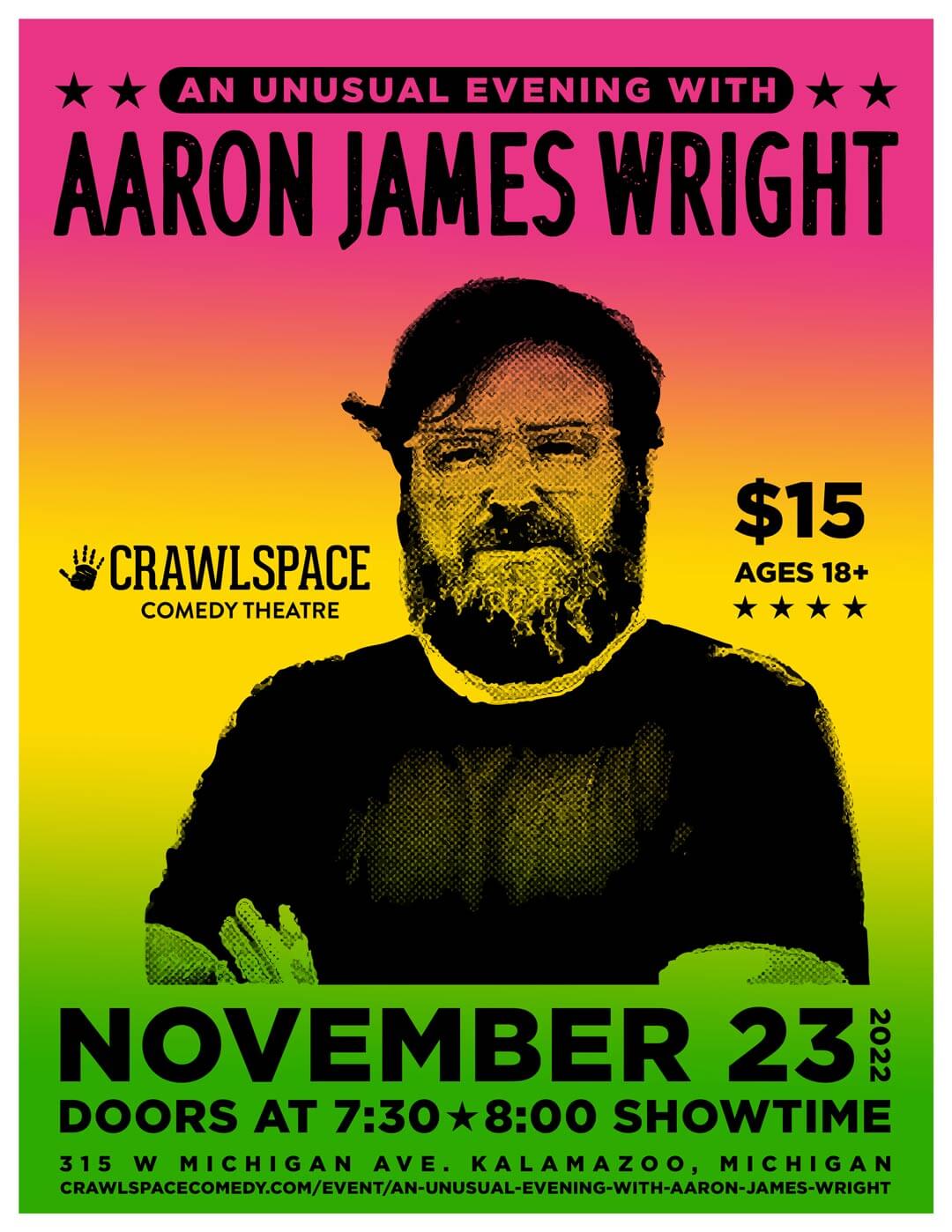 Singer-Songwriter Aaron James Wright has been cranking out original tunes for almost 30 years. He has rocked the Midwest as frontman for multiple bands, including two full length albums with Kalamazoo rockers Slow Drag. Wright released his first solo album, “A Little Stronger”, in 2020, just in time for the pandemic to steal the show. Produced at Broadside Recording Studio, the album is a collaboration with producer Mike Roche, who played the crap out of nearly every instrument on the album. The 10 song collection is a study of regret and redemption, featuring an eclectic blend of Wright’s pop, rock, country and Americana musical influences. Wright will perform songs from the album, as well as new material, and will be joined on stage by multi-instrumentalist Mike Fuerst on violin, mandolin, and whatever other instruments Mike can fit in his car.

In addition to performing songs from “A Little Stronger”, Wright will also showcase selections from another recording project, entitled “Danger Dear”. These tunes mine a dark vein of spooky themes, including monstrous folk-legends, pro-wrestling murder ballads, and 17th century grave robbers. The “Danger Dear” songs have a stronger folk feel, but not so folky that you feel like you’re at an NPR fundraiser.

Finally, there may be a guest appearance from Wright’s nautical themed friend, “The Sea Dude”. “The Sea Dude” is a rascally jokester from the high seas. He’s kind of douchey, but kind of endearing at the same time. You never know what “The Sea Dude” might bring to the table, maybe some nautical themed ballads, maybe some terrible jokes, the kind of jokes that should have stayed in Davey Jones’ locker. In any case, “The Sea Dude” will try to sell audience members some unwanted, nautical-themed paraphernalia, don’t say you weren’t warned.

Enjoy the Downtown Social District Before the Show 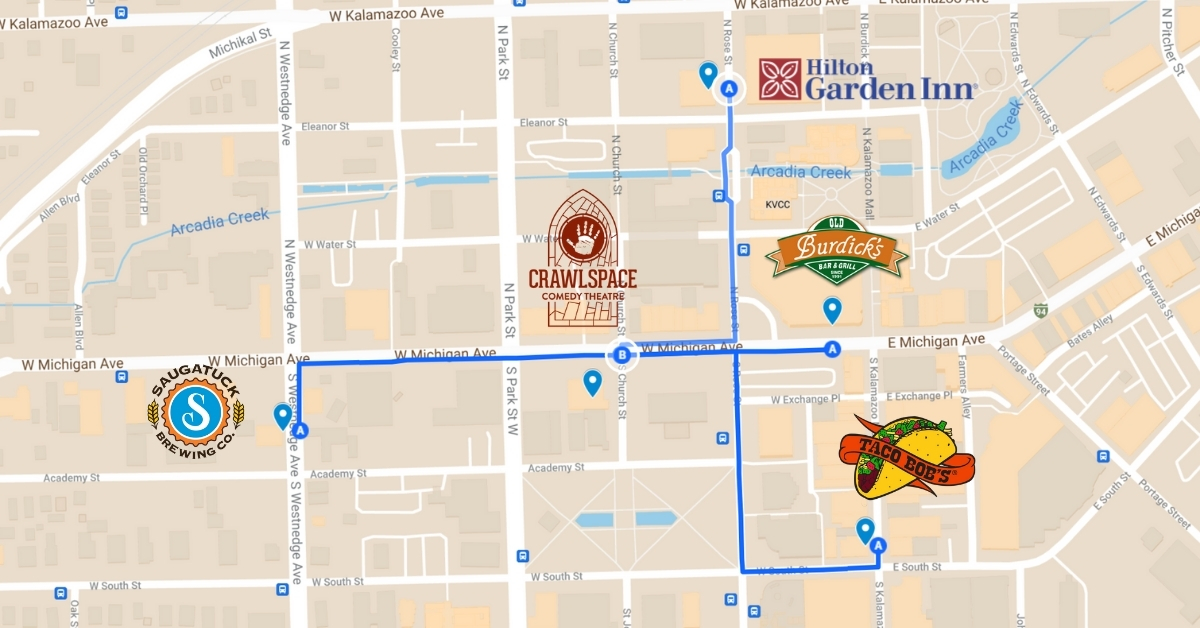 While Crawlspace Comedy waits for approval of its liquor license, we encourage you to take advantage of the Downtown Social District. Buy a drink at an approved social district establishment and walk it on over!

The closest locations are:

We will have our bar stocked with plenty of soft drinks.